Google Entity Carousels: How to Earn Your Spot 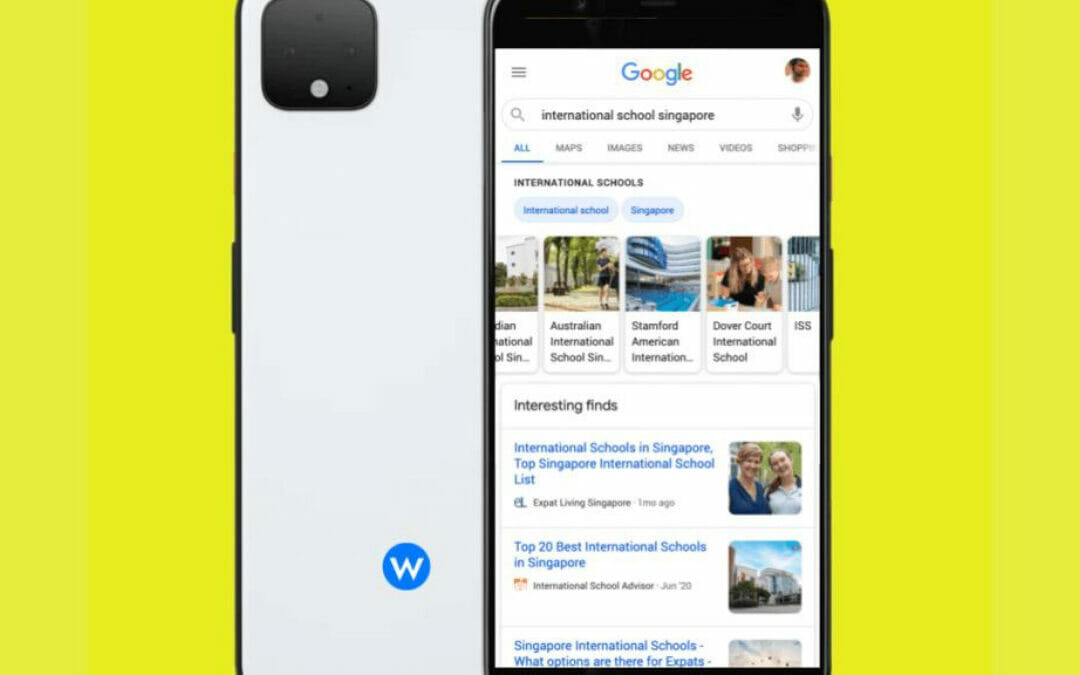 Posted by Andrea Volpini 1 year ago

Google Carousels for ranked entities appear when you make searches like “top 10 seo tools”. These are entities presented as cards in Google SERP that can be used to further refine search results.

In this article I will share a use case and the lessons learned while managing to add back an entity in one of these carousels that had been missing for a long time.

What is a Google carousel?

A carousel is a list of entities that users can swipe through to discover entities that belong to the same category. It is highly used in local search results to help users find their favourite restaurant, a top rated hotel with a pool or the best night club.

What is a host carousel?

When multiple cards are presented from the same site, it is called host carousel. We can, on Google, use structured data to group entities belonging to the following types: Course, Movie, Recipe and Restaurant. There are two options when grouping content: summary pages (these use the schema ItemList class and ListItem that points to separate URLs) and a single, all-in-one-page list where all the elements are on the same page.

Let’s start with the beginning of the story. We have been contacted by Jean-Francois Rousset, the SEO Manager for the Stamford American International School in Singapore. Jean-Francois runs his own consultancy business (Blumark SA) and since last August he had been restlessly working on a branding issue that the school had way before involving him as SEO. The Stamford American International School had lost a prominent spot in a Google Entity Carousel for one of their most important queries: “international school singapore”. I liked the case and Jean-Francois liked the simplicity of WordLift that could help him improve structured data while focusing on this particular issue.

Here below a quick glance at the keyword on Semrush; it was immediately clear to Jean-Francois and our team that having lost the spot in that specific carousel had a clear business impact.

How do Google Carousels work?

While their presence on the serp is quite relevant, little is known about these list-like rich results. Luckily Bill Slawski had written an article titled “Ranked Entities in Search Results at Google”  full of insights that helped us understand how things might actually work.

According to a patent granted in June 2020, we read on Bill’s article, the flow – when Google receives a query like “international schools singapore” – might be as follow:

Entities are extracted from documents that are relevant for the query and, most importantly, a category is also derived from those documents.

The first important information is that there is an interplay between pages ranking (the blue links) and entities in the carousel for that query. In our case both the school’s website and the related Wikipedia article were ranking high but still the entity was missing from the carousel.

In context like the one I’m describing here where an entity, originally categorized as “international school” ceased to exist, our role as SEO and data publishers is to facilitate the challenging tasks of keeping information consistent and up to date in large scale graphs like Google and Bing. The correctness of data is crucial for all the parties involved (from Google to the University) and is key to provide reliable information to consumers worldwide across different platforms (Google Search and Google Maps for this specific example).

Here is what we did to investigate the problem

1. Checking the entity in GKG

2. Getting the MREIDs for the entities involved

As data gets extracted from multiple sources (unstructured text as well as schematized data) we might find multiple Machine-Readable Entity IDs (MREIDs) that refer to the same thing. In this case we found MREIDs for the entities in the GKG kg:/m/05t00r6 (from the Freebase era) and kg:/g/11fy24_ymv (a newly created entity).

By analyzing these MIDs we could find:

1. An old Knowledge Graph that was matched with an old Google My Business Account that Google had associated with the entity (previously created from the Wikipedia article of the University) and that could no longer be displayed in the carousel since the address had changed (see “Moved to a new location” below).

2. A new Knowledge Graph presumably related to the new Google My Business entity that the school had created when changing the address of the main campus.

The problem and the solution

A University is a localBusiness and Google My Business is, for all local businesses, the Entry Point In Google’s Knowledge Graph. The previously existing entity had been reconciled with a GMB that was no longer active and that Google could not use in the carousel.

“For local businesses, there’s a separate process of claiming [entities] that operates through Google My Business.”

We did this by publishing structured linked data (using WordLift) using sameAs links and by contributing the same data to Wikidata.  Here is important to remember that we optimize the homepage to improve its position on the target query “international school Singapore” before improving the structured data.

Unfortunately we didn’t have the chance of resuming the old Google My Business account (it had been lost as different people got involved in its management).

A few weeks later the entity was “magically” reintroduced in the carousel: it was a positive sign but the battle wasn’t over yet. Unfortunately, by selecting the resuscitated entity from the carousel, the old GMB would appear with the wrong address 😨.

At this point we decided to contact Google My Business support in order to make the last step: replacing the old GMB entity with the new one while preserving the connection with the old entity (the one that was originally created from the article in Wikipedia).

This was not a trivial task: GMB support does have the faculty of merging duplicates but, in our case, we needed to merge the old with the new GMB while preserving the link to the Wikipedia–entity as that entity was being used by Google Search on the carousel.

It was clear to us that search features like the ranked list of entities is beyond the control that the GMB team has and we therefore emphasized the importance of improving data quality; they could not have a GMB entry for an institution without the link to a Wikipedia article when there is a Wikipedia article. This was indeed creating a messy experience for their users in the first place.

A few days later we got the response from GMB support that the mission was accomplished: the old entity had been merged with the new Google My Business entity.

Ready to earn your spot on Google’s Entity Carousel?

We have a VIP service that can resolve the most complex SEO issues. Contact our team of experts and learn how WordLift can help your rankings.

As usual I am thankful to the wonderful community of partners, friends and users of our product and of our SEO management services. I am also very happy and thankful that – along the way – I could speculate and discuss the course of actions with Jason Barnard who has a terrific set of training course on Brand SERP SEO and last but not least I would like to thank Bill Slawski who, once again, was able to shed light on this intricate matter and help us win this battle.