Looking for truth in the post-truth era: new challenges for the web journalism 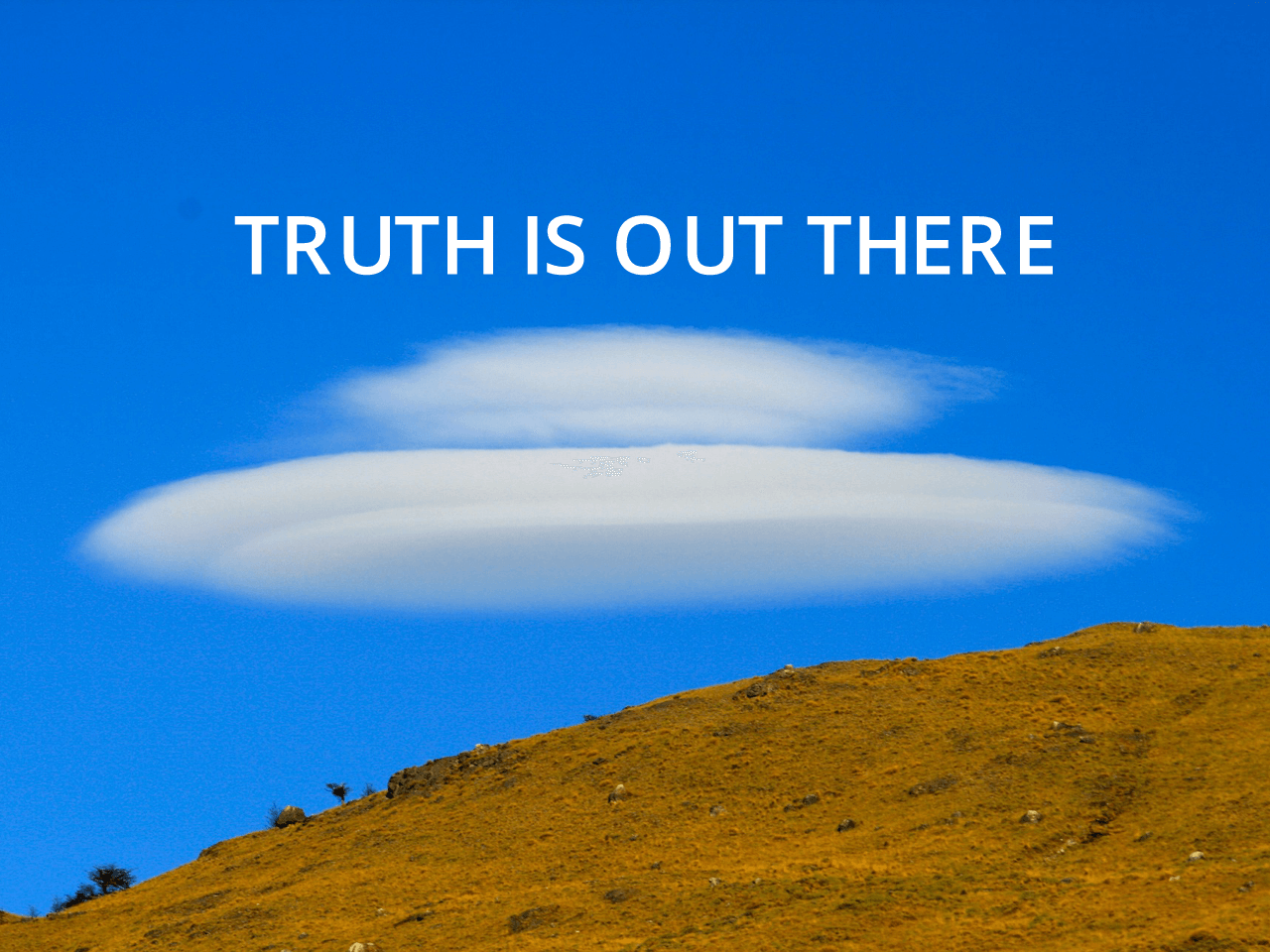 How is journalism evolving in the digital era? What are the needs, challenges, and opportunities for web journalism in 2017 – and in the years to come? We are interviewing web writers, journalists, and publishers to understand the state of the art of digital journalism and try to predict future trends.

In the middle of the Nineties, my father used to buy – and read – a newspaper two or three times a week, plus one or two weekly magazines – and he also watched daily news on TV. In early ’00 online media started to erode, year after year, the space of printed media and television. Nowadays most of the information diet of the Millennials is based on articles and news published online by several kinds of sources and repurposed seamlessly by search engines and social media.

The publishing industry has evolved more quickly in the last 25 years than in the previous 250.

Journalists and web writers are facing this evolution. Sometimes they’re surfing it like a good wave, sometimes they are just overwhelmed. In this article you’ll find the opinion of three expert web writers who deal with the challenges of online journalism in their daily work. 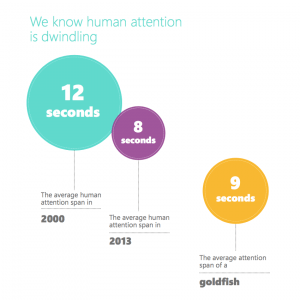 We’ve lost 4 seconds of our attention span in just 13 years: how long will humans be able to keep attention in 13 years from now?

For journalists who write articles and want people to read them, this is a real challenge: what kind of strategies can you use to keep a high level of attention over your content?

Valentina Ferrero, Editor in Chief at Diario Innovazione, has her own recipe:

“I use to write emotional articles and I use storytelling techniques to make them appealing. I also link similar stories and deep insights into my text in order to give something more to my reader and engage him within the website.”

A similar advice comes from Ben Dickson, Software Engineer and Contributor at TechCrunch, The Next Web, Venture Beat, and more.

“I’m focused on two areas in terms of editorial planning:

2. What happened to the truth?

In the end of 2016 post-truth was elected ‘word of the year‘ by the Oxford Dictionary, even if fake news are not new at all: there have been hoaxes as long as there’s been someone reporting news, more or less.

So what’s the point with post-truth?

In this scenario, fake news spread like wildfire, and people seem more likely to be engaged by any news which appeals to emotions, rather than actual facts.

Today fake news affect social life, politics and even economics: just as an example, many commentators claim that Trump’s election was influenced by fake news about Hilary Clinton. In the latest months, search engines and social media are preparing their weapons to detect and fight fake news.

Meanwhile, media and journalism are losing their trustability, and to gain it back they need to work harder on fact-checking and quality. How?

Here is the experience of Ben Dickson:

“I think fake news is not new. Mainstream media has been dabbling in biased reporting and misrepresenting the truth for a long time. Although for the most part, mainstream media don’t go as far as bringing up falsified facts (such as the Pope supporting Trump), they do tend to only reflect the part of the story that serves their own end, or quote unnamed and anonymous sources that can’t be verified. There is more than one case where top news outlets have reported events in ways that represented or worked towards furthering the political ends of the political party or school of thought they represented.

However, with the explosion of social media and online services, fake news has become democratized and it’s now within everyone’s reach. This is a deeply social, ethical and political issue. There’s not consensus on what’s true and what’s fake. And though I’ve seen some tools and efforts to fact check and evaluate the reliability of a site’s content, I’m not sure if we can develop a tool (or set of tools) that will ultimately rid the web of fake news.

I personally think the truth is out there (wow, X-Files meme!) and I believe reader discretion and research is the key to separating fact from fiction and hype from reality. When I read something for a fact, I always try to find the counter argument and see the other side of the story. I always check a fact from several conflicting sources and then try to find the median. It’s tough work, but it’s rewarding!”

There is also another face of the moon, and I’d like to show it to you through the voice – well, the words – of Alfonso Biondi, Web Content Specialist at Banzai and Co-founder at Lercio, one of the most popular satirical news journals in Italy.

“The Lercio-man adores fake news: they’re what he can do best after drinking for free. I would like to clear up any misunderstaning: fake news I love and enjoy writing are those with a satirical slant, I’m not talking about hoaxes. Where is the difference? Let’s make an example (the same you find on Bufale.net).

1) Boldrini: “Disgusted by Referendum’s result, I quit politics, you don’t deserve me!”

2) Boldrini: “We should educate fetuses not to kick their mothers”

Both news talk about the same person – Laura Boldrini, an Italian politician well-known for her feminist battles – and both are false. So, they are two examples of fake news, right? But, as you can notice, in the first example there’s nothing fun, it’s just a hoax indeed, a bait for ingenous fishes; in the second case, the satirical intent of the news is obvious, you can’t misunderstand it: it’s Lercio, baby.”

Dead or alive, SEO is a matter of concern: you need to stay up-to-date and sometimes you feel like you’re walking on the thin line of a delicate balance between spam and optimization.

Ben’s strategy is quite sophisticated:

“I mostly focus on content and intent than technical SEO tricks. As far as SEO is concerned, I’m focused on writing human-friendly content and stick to writing best practices (short sentences, active voice, short paragraphs, subheadings…). In some cases, when writing evergreen content, I also do a little keyword research and optimization.”

“I only follow SEO rules for cold, evergreen content, which can attract visits without regard to timing.”

Sometimes, you can even ignore SEO and still rule the traffic game, here is the experience of Alfonso Biondi:

“When I write for Lercio, I enjoy keeping SEO in the drawler of the useless things – not far from my gym pass. It’s quite obvious: satirical fake news are 100% creative pieces of content, due to their eccenticity and singularity. They just can’t be kept in a keyword’s cage.

Well, I know that our case is extraordinary in the context of online publishing, where SEO is a primary need in content creation and writing. I know what I’m talking about, since I work as a web content specialist and I use to deal with SEO daily.”

4. Long-form articles are coming back

For long years, journalists were convinced that readers don’t consume long articles online, but only quick, straight-to-the-point, short content. In the last five years, a countertendency emerged: there is space for successful long-form articles, containing more than 1.000 words – and up to 20.000… that’s truly a lot to read! – and often enriched with visual media such as pictures, graphics, and videos. 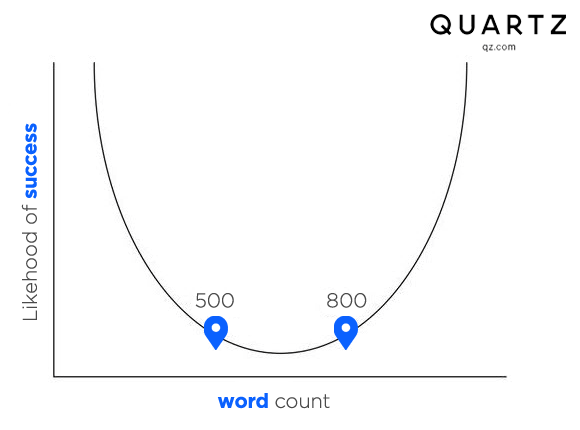 As you can see from the Quartz curve, chances of success are at their lowest between 500 and 800 words

A lot of interest over long-form article was raised by Kevin Delany, Editor in Chief at Quartz who in 2013 presented the so-called Quartz Curve to explain his editorial choices. This U shaped curve, shows that articles with less than 500 words and articles with more than 800 are more likely to have success.

“People read short, fast content on the web” he said “and also long-form, analytical pieces. Articles of between 500 and 800 words are too long to be sharable, and too short to be in-depth”

It may look like a contradiction in the context of a shorter attention span. To get deeper, we asked Ben Dickson, who uses to write many long-form articles, if this kind of content is a gamble or a winning strategy. Here is his what comes from his experience:

“I think that if you start with a strong lede, and structure your article in a compelling way (with smart use of sub-headings and bullet points) you’ll be able to cater to the needs of both readers who are looking to skim over the subject and those who would like more in-depth content.”

We use to say that writers should write but, actually, they are super-busy with many other activities beyond writing.

In every newsroom, the lack of time is one of the major complaints – and if you ask freelancers their pain is the same, or even harder. This is not an emerging question, but with tons of distractions, a multitude of available sources and – often – even new tasks to accomplish, timing is more crucial than ever.

We asked Ben, Valentina, and Alfonso what are the activities that take them more time and how they deal with them.

Ben: “I do a lot of research and fact checking for my articles. I like to interview subject experts and corroborate my research with thought leaders and people who have experience and know-how in the domain that I’m exploring. I believe that it slows down my production rate somehow, but it’s worth the effort. It forces me to socialize and get in touch with wonderful people. I think this is an important issue in a day and age where Google is trying to answer your every question and social media platforms such as Facebook try to dictate their knowledge to you.”

Valentina: “Digital relations, partnerships, and alliances are a must. Like it or not, cooperation in these days counts more than anything else!”

Alfonso: “If we agree to keep out of the list of the most time-consuming tasks the keyword cleaning from muffin crumbles, I don’t have doubts: the most difficult thing is to turn that ‘misterous something’ floating in the air in an actual idea you can write about. This is the stage before writing, but here is where writing takes place: the idea before the idea. Besides being the most difficult part, it is also the most beautiful one. Can I have the ice-cream you promised me?”

Some key learnings to think about

What did we learn from the experience of these digital journalists?

Ben, Valentina, Alfonso and many other web journalists out there are working really hard in a world that produces data and information like never before, and that’s way more complex. Online journalism needs new tools to match the growing need of valuable, trustable information in a World Wide Web which is evolving in the direction of semantics.

May semantic technologies be the answer?

A semantic cure for online journalism

Well, semantic publishing may not turn the day into 48 hours, but… by automating tagging, on-page SEO tasks, and categorization, it reduces the amount of manual work and helps sparing precious time.

It can be a valuable content marketing strategy to brilliantly overcome many of these challenges turning them into opportunities to shine in the market. How?

If you are curious about semantic publishing, you should give WordLift a try: book a live demo now!