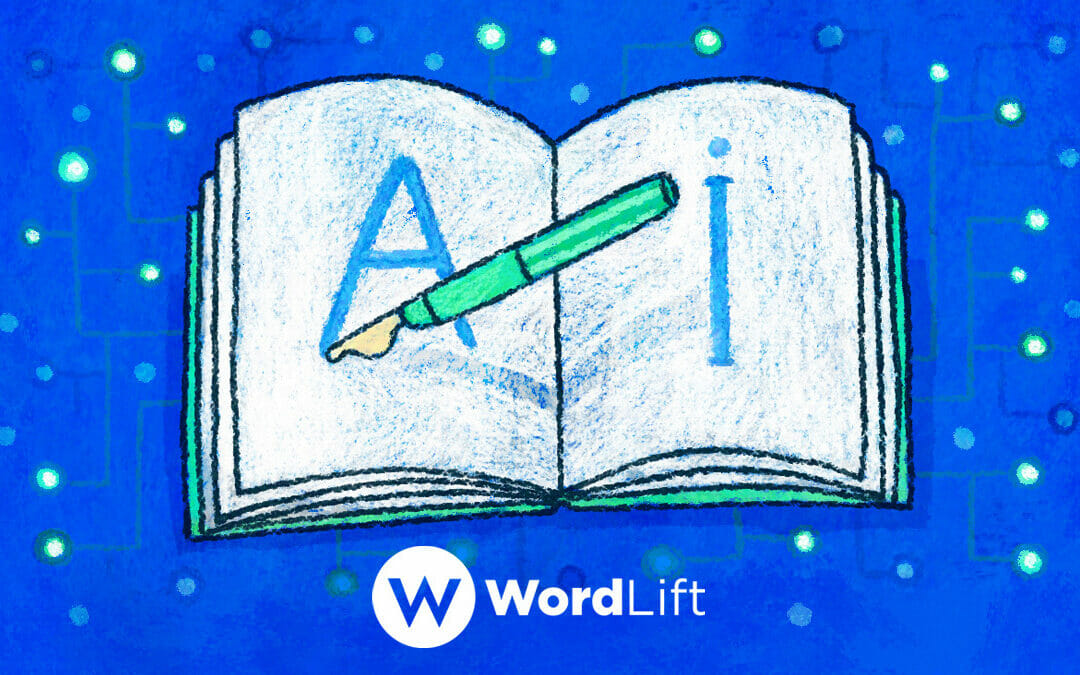 By Valentina Izzo 3 weeks ago

Learn how to boost your website’s performance with semantic annotation by reading Poem Analysis case study.

How can we organize the taxonomy of a website to make it easier to find in search engines? What can we do with entities and what can we expect when we annotate content with them? This is the story of William Green, who founded Poem Analysis in 2016 with the goal of giving poetry a home online. William had noticed that there were not enough online resources about poetry and that people were still struggling to understand and appreciate it because they were not being helped to study it in depth.

The first important step was to create a well-organized website. But, as we know, a website without visibility is like an empty house. So, the biggest challenge at that time was to gain more and more visibility on Google and the search engines. So while a website must be designed for the user, the content that fills it must also be understandable to search engines. In this way, Google can index it and the website can get a good ranking that will bring it more visitors.

When William came across WordLift, he knew there was untapped potential here. He knew Schema.org and had already tried solutions that allowed him to annotate content and add structured data to the website, but he had not yet found the solution that could really make a difference.

WordLift brought its innovation, both in approach and technology.

“The ability to add entities on a scale like no other is something that every website owner should get excited about. Helping Google understand content better, and make the links, will only benefit the website, where schema is becoming a more dominant force for search engines, and into the future.

It was and is a pleasure to work with WordLift on cutting-edge SEO, particularly with such a quick thinking an Agile team. In doing so, we are able to test and create experiments that produce incredible results before most have even read new SEO schemas”

The goal of Poem Analysis was to achieve better ranking on Google and search engines and get more organic traffic to the website. The real challenge was to find a solution that would scale quickly and systematically given the large amount of content on the site.

It was also about increasing relevancy, making sure that Google was able to capture the right queries. It seems obvious at the beginning but, really, it is not when you look at each individual poem. Google might know who Allen Ginsberg is but might struggle to connect ‘Howl’ (one of Allen’s poems) to him.

For PoemAnalysis.com we used a version of WordLift specifically created for publishers in the CafeMedia/AdThrive network.

The solution proposed by the WordLift team started from the idea of using the pre-existing taxonomy and to integrate and inject structured data through “match terms”. This means that you can enrich your site by using categories and tags without having to use WordLift’s content classification panel to add markup. This way, a tag or category is treated like a recognized entity in the content classification box.

For PoemAnalysis.com we created a custom solution to achieve this goal and in this way, we used the well organized taxonomy of the websites to associate the entity correspondent to the category of the poet (e.i. The category of  William Shakespeare has been associated with the Wikidata correspondent entity). Specifically, this was done here with Authors.

In a second testing phase, we decided to add the SameAs of the poem to the page of the poem (e.i. Shakespeare’s Sonnet 19 associated with the correspondent wikidata and DBPedia). The items we marked in the SameAs field are converted by WordLift into meaningful links to Wikidata and DBpedia. Subsequently, the Poem Analysis editorial team added SameAs to all entities on the site.

We are now working to add “Quiz” markup for Education Q&A, a format that helps students better find answers to educational questions. With structured data, the content is eligible to appear in the Education Q&A carousel in Google Search, Google Assistant, and Google Lens results. Stay tuned!

As we saw in the previous section, the WordLift team worked on two actions that had a positive and measurable impact on Poem Analysis’ SEO strategy.

In the first case, the existing, well-organized taxonomy was used with the “Match Terms” feature to convert categories into entities, which were then annotated in the site content. To measure the impact of this first experiment, a control group was created that included a set of unannotated Poets with WordLift markup.

The semantic annotation brought +13% of clicks and +29.3% of impressions when comparing this year to last year. In this case, we did not include the control group, because after we did follow-ups for these URLs as well, the data is not statistically relevant at the moment (in the expansion of the experiment we moved most of the URLs of the control group into the variant group, so to date, only 5 URLs remain within the control group).

In the second case, the WordLift team worked on SameAs of the poem to the page of the Poem. Again, to measure impact, we created a control group containing a set of Poems not annotated. Using SameAS brought +59.3% of clicks and +82.9% of impressions.

The semantic annotation of the content also allowed another result: if you type the whole poem in Google, the first result that appears is poem analysis🤩

In this case, we used the well-structured and indexed tags and categories as entities to annotate the website content. Generally, it is important that the entities are relevant and indexed by search engines to create the right sidewalk that moves both Google and the user.

Let us not forget that semantic content annotations add value to the user by providing them with information and insights that they would otherwise have to look for elsewhere. And, of course, it also creates a semantic path for Google, which can thus more easily assemble the concepts surrounding a piece of content and rank it by reinforcing the topical authority on that topic.