The Language of Numbers or The Number of Languages? 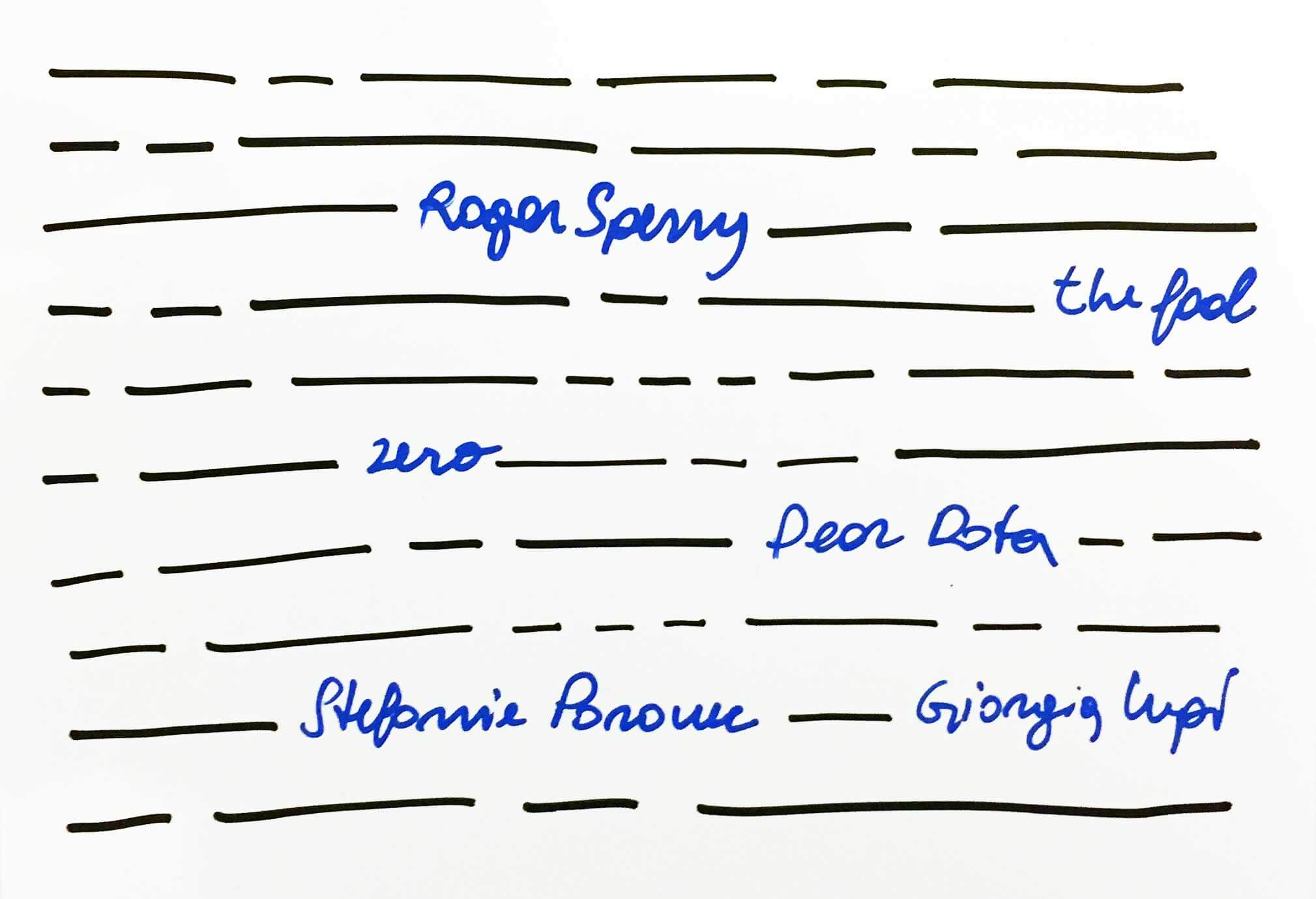 Numbers date back to the dawn of the human species, the need for humans to associate a quantity to a symbol has allowed us and our thinking to grow exponentially (literally!).

Each one of us has a favourite number. I confess having changed mine several times. Some of us have a more prominent ability in dealing with numbers and languages, while others are fonder of the “arts” intended as drawing, painting, and creating music. These characteristics change also the way we act and reason in our everyday-life. The assumptions above come from the studies that world famous Nobel laureate, Roger Sperry was conducting on the “split brain” and accidentally came to discover that only the left side of the brain can articulate speech but the right part is also capable of a special kind of language, a different one, later described as “creative”. Since then researchers, doctors and psychologists started elaborating theories and studies about the lateralization of the brain functions.

However, science is unclear if the language of numbers is heritage of the left part of the brain, or if it is equally distributed: odds on the left, evens on the right, zero in the middle.

Zero can play any number, or infinite combinations of numbers, just like the tarot card of The Fool:  the unruly wanderer who has knowledge but doesn’t use it during his journey. The Fool starts a trip through the mysteries of life but without any clear destination or map. He’s free from the set of schemes we have been taught to build for ourselves. Moreover, its card number is… well, zero of course!

The “truth” between the two cerebral hemispheres

Still, it is absurd to imagine sharp divisions between right and left hemispheres. Tlon is a project whose attempt is to unify those hemispheres. Its staff is mainly made up of young people who want to tidy up the Italian cultural landscape integrating academical studies with the holistic, what is concrete with what is unknown; and they have fun organizing events like the University of Philosophy and Imagination. Despite the uncertain source of our ability in “doing the math”, the importance of numbers is undeniable as well as their capacity to express our behaviours and opinions.

The “poetical” value of Big Data

As absurd as it may seem, statistics and economics have been expressing people’s most hidden sides and thoughts with numbers: from political polls to microeconomics’ theories of how people take decisions.

Journalists and professional bloggers have a growing necessity of using real data to improve the strength of their positions because we all know that numbers never lie and comparing numbers we can understand the real social value of our choices. Real data is available as open data and is published on the web for everyone to elaborate it.

The website  www.truenumbers.it is already stepping towards a futuristic form of journalism, a way of telling facts and stories that is data-driven and reliable. The site reports with real numbers the results of our behaviors, both as individuals and as parts of a collectiveness, and it does so providing graphs and tables along with tools to interpret them.

Graphs and tables date back to the 18th and 19th centuries when scientists and mathematicians found it too difficult to express some important physical problems with elementary functions so they started drawing the data they had elaborated in form of curves and formulas, just the same way our ancestors started drawing quantities that later became the numbers as we know them, using the creative hemisphere of the brain to express what the most analytical side had elaborated.

The blog www.frizzifrizzi.it tells us to check out Dear Data a graphic book by two designers (Giorgia Lupi and Stefanie Posavec) that explains the art of expressing facts through data: for one year they have been sending each other postcards from one side of the ocean to another, only “speaking” through freshly invented, and hand-drawn graphic systems. The graphs told the most human and common stories and feelings such as: laughs, decisions taken and goodbyes. The project was a major success and is now a book.

As we write this blog post WordLift is analyzing each word and extracting relevant concepts to create a visible-to-machine data structure that search engines will use to help me connect with you – the reader of these words.

WordLift, for each relevant concept, creates an annotation counting each character I write. Here goes the code:

A number at the beginning and a number the end of each word helps us link this article to 4.0 million “things” and 470 million “facts” that represent “the brain” both left and right of DBpedia (one of the datasets WordLift uses to increase the visibility of this article).

The brain has no knowledge untill connections are made between neurons ~ @dbpedia brings 12,860,157 connections into #WordLift‘s brain ? https://t.co/iLtFo5Zu3z

P.S. It was November 8th of 2016 when this article was first written

P.S. n°2 We’re happy to share with our readers’ community the first drawing of a post card dedicated to this article and in a true Dear Data spirit.