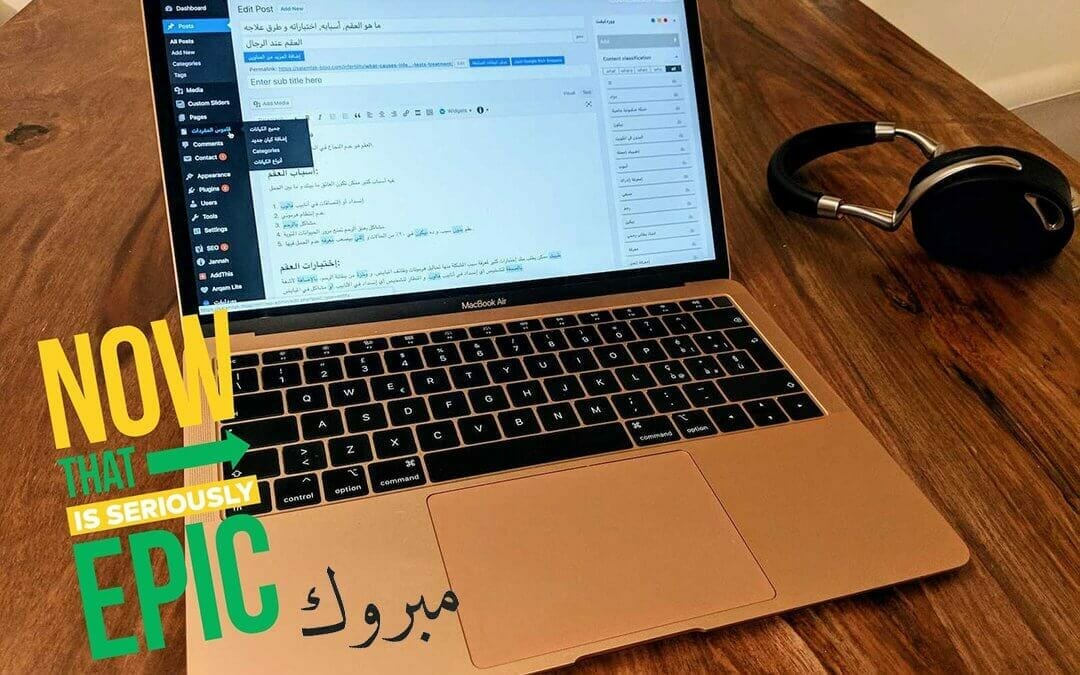 Posted by Laura Celano 1 year ago

We’re thrilled to announce that the Arabic Translation for WordLift is now in action and has been completed thanks to the amazing efforts of our colleague Nevine Adel Abdel Rehim, who works for our sister company in Egypt, insideout10. Kudos to Nevine!

While WordLift’s Natural Language APIs, the pre-trained machine learning models that WordLift uses to reveal the structure and meaning of your articles, already supported the Arabic language, the user interface of the WordPress plugin was available only in English and Italian (some of it is also translated into German and Danish).

Thanks to Nevine’s help now, clients like the American University of Cairo and Merck in Egypt, along with thousands of other Arabic speaking WordPress users, can now automate their SEO using WordLift in their own native language.

Here is a screenshot of SalamTak: a blog curated by Merck and focused on Multiple sclerosis (MS).

Why localization is so important?

Localization is key. In order to let our Arabic colleagues, partners and clients, that are already using WordPress in their native language, use WordLift with full confidence we decided to fully localize the plugin in Arabic.

Helping Translate WordPress in Your Language

When you install a new plugin, you certainly feel more comfortable if they are in your native language. Your user experience is better if you can read everything – from the readme to the meta-boxes and buttons – in your own language.

2019 has just begun and this is really the first result to celebrate: from now on our semantic plugin can be used also in Arabic ? Isn’t that awesome?