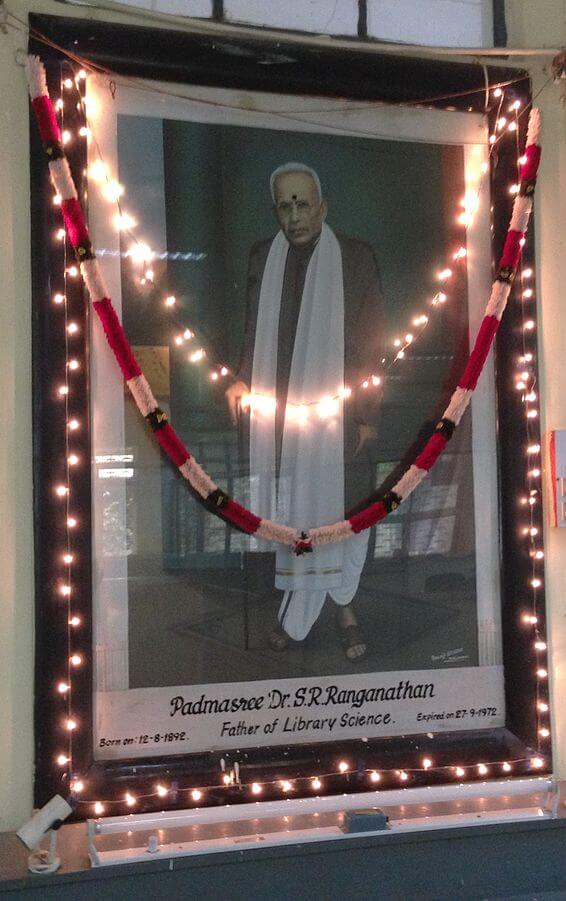 In India he is considered the father of library science, documentation and information science, his thinking is widely recognised around the world. To Ranganathan are attributed his five laws of library science and the colon classification system for libraries.

His birthday is celebrated in India as National Library Day every year.